The Home Of Happy Yoga

Namaste is a way of greeting without touching. Hindus use it to greet people and also to honor people. Namaste is common in the Indian subcontinent and among Hindus living in other countries.

Namaste is a word that people say to each other when they meet or say goodbye. It comes from Sanskrit and people use it to express their gratitude. You might hear it said at the end of a yoga class.

Many yoga teachers use this phrase to end their classes. It is a gesture of respect and thanks to the student for the shared practice. Some also use it to send love to the universe.

Namaste is a Sanskrit word meaning “Divine within you” or “Divine Light within you.” It is said at the beginning and end of a yoga class. It is usually accompanied by a bow.

The word Namaste comes from the Hindu belief that God lives in every person. The gesture of Namaste consists of leaning forward and bowing slightly with both hands. It is considered a symbol of reconnecting to the spirituality within each of us.

Namaste is the ultimate expression of reverence and unity, a way to honor our inherent divinity.

The Anjali Mudra gesture initiates this sacred exchange by pressing palms together at fingertips with love held near in one’s heart chakra as an homage to that divine spark which exists within each of us.

Whereas OM may be better recognized by its three syllables chanted throughout various rituals, Namaste stands for so much more – expressing gratitude towards another’s soul through recognition from your own highest self.

Namaste is a greeting that is very common in Hindu culture. It is used to greet all people. In fact, this greeting is often used by yoga teachers to greet students as they enter their studio. In some parts of India, this gesture is a formal way of showing reverence.

Namaste is a symbol of gratitude and is used to thank the divine within ourselves. It is also a way to express gratitude to a teacher. The act of saying Namaste requires time to reflect on the deeper meaning of this word.

Ancient Indians believe that the mind can only communicate with the spirit. This concept of mudra is based on the idea that the human mind and body are most peaceful.

With the mudra, one can achieve a peaceful state of mind while promoting harmony in the environment.

In many countries, this symbol of respect is practiced casually. In fact, the word Namaste is often misused.

The word Namaste comes from a Hindu philosophy. This philosophical theory is based on the concept that everything is God. It is also pantheistic.

That is, everything is considered to be God, including human beings. This concept is not universally accepted, but in certain areas, such as northern India, it is widespread.

It is said that Namaste connects the heart centers and chakras. It is also said to be a symbol of unity and union between man and God. During religious rituals, this gesture is usually performed.

It is a sign of humility and respect. It is also a sign that we are all connected, even though we may not see it.

It is a gesture that should be performed at the beginning and end of yoga classes. This gesture is not only a good way to welcome new students, but also a good way to conclude your own practice.

The origins of Namaste in Sanskrit are ancient. It was used for centuries as a greeting in India and as a gesture of respect. Today, this gesture is also used in parts of Asia and the West. This gesture has a special spiritual meaning.

In Hinduism, Namaste is an act of respect. The term literally means “I bow to you.” It is often said in prayer and during meditation sessions.

Namaste is an ancient greeting that is rich in cultural history and carries a powerful meaning. With its Sanskrit origins dating back to Vedic times, Namaste transcends borders.

Used by people all over the world as both a sign of respect and farewell when placed palms together with slight bow of acknowledgment/gratitude usually accompanied by uttering names or gods.

It has also become known within yoga culture; often employed at the beginning and end of sessions for expressing appreciation for each other’s presence (and effort).

In Indian subcontinent this traditional form conveys politeness even more so between strangers upon first meeting which might be unfamiliar elsewhere but it still serves well as courteous gesture across cultures today – whether business related or sending thanks to teachers!

It is believed that we all carry a part of divinity within us. It is said that salvation comes from the bottom of our hearts. It creates strong bonds between people. In Hinduism, this concept is considered part of the universal soul called Brahman. 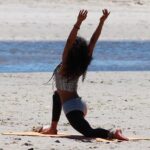 Practice yoga in times of crisis? 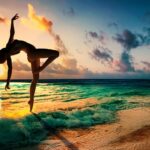 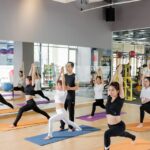 How to Create a Yoga Class Sequence 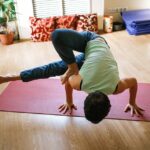 6 Sustainable Poses for Yogis of all Ages

Manage your privacy
To provide the best experiences, we use technologies like cookies to store and/or access device information. Consenting to these technologies will allow us to process data such as browsing behavior or unique IDs on this site. Not consenting or withdrawing consent, may adversely affect certain features and functions.
Manage options Manage services Manage vendors Read more about these purposes
Manage options
{title} {title} {title}